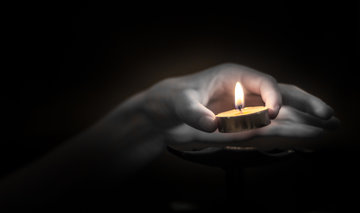 St Helens Council will host a series of special events later this month for Holocaust Memorial Day, with this year’s commemoration holding extra significance as it marks 75 years since the liberation of Auschwitz-Birkenau.

From Monday 27 January until Thursday 6 February, St Helens Library Service will display moving exhibition ‘The Promise’ which tells the story of Holocaust survivor Eva Schloss and her brother Heinz, who quelled his fears by writing poetry and painting artwork.

The exhibition – which is on loan from the Jewish Museum in London – will be on show at Rainhill Library from 27-31 January before moving onto Billinge Library where it can be viewed from 3-6 February.

Elsewhere, a formal commemoration ceremony, open to the public, will take place at St Helens Town Hall on Monday 27 January at 10:00am which will see performances and readings from school children based on this year’s theme, ‘Stand Together.’

St Helens Council’s Cabinet Member for Public Health, Leisure and Libraries, Councillor Anthony Burns, said: “Holocaust Memorial Day provides us with an opportunity for all of our communities to come together, to not only honour the survivors who suffered in the Holocaust under Nazi persecution, but it’s also a chance to look to our own lives and communities today.

“For those able to attend the town hall service, I would encourage you to do so because it really is a fitting service – and we are also very fortunate to have such an enthralling exhibition in two of our libraries which is certainly worth-while seeing while it’s around.

“We must never forget the Holocaust atrocities nor the genocides since. This day provides an opportunity to remember, reflect and yearn for a peaceful future.”

Meanwhile, a memorial flame created by special needs students at Mill Green School in St Helens has been selected by a distinguished panel of judges to feature as part of a national art exhibition.

The artwork is one of 75 memorial flames chosen to represent each year since the liberation of Auschwitz. These will be displayed at an exhibition which is set to be unveiled at the UK Ceremony for Holocaust Memorial Day in London on 27 January 2020, at which numerous VIPs are expected to be in attendance.