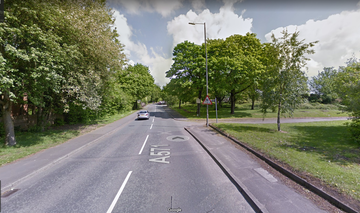 A £330,000 scheme will be undertaken to help reduce the flood risk at one of St Helens’ flooding hotspots – Gerards Bridge, College Street.

St Helens Council has secured funding to allow canal desilting work on the section at Gerards Bridge, which for years has been plagued by regular flooding.

While there is no immediate risk of internal flooding to nearby properties, St Helens Council is committed to reducing flood risk for residents, commuters and nearby businesses who have faced the inconvenience of a town centre access route closing on a number of occasions in the last year alone.

The scheme, £280,000 of which has been funded from the Liverpool City Region (Transforming Cities Fund) and European Regional Development Fund (ERDF), is being carried out by the Environment Agency (EA) and gets underway on Monday 10 February. It will take around 8-10 weeks to complete, subject to weather conditions.

The scheme will involve the Environment Agency removing silt from the bed of Rainford Brook (Sankey Canal), starting at College Street through Merton Bank Road to Park Road, Blackbrook.

Not only will this work reduce the frequency and severity of flooding, but it will also open up cycling routes along Sankey Canal which lays claims to being the first modern canal in England.

St Helens Council Leader, Councillor David Baines said: “The flooding issue in College Street has been a concern for some time now and when I became Leader I went to visit the area and spoke with the owner of Stone Tyres and others.

“Although the majority of businesses in the area remain open when College Street is closed due to flooding, the inconvenience and impact it has on them and their customers, and residents too, is unacceptable and we need to do all we can to address the problem.

“We’ve been working with partners to get the necessary funding, and I’m delighted that this is now in place and work can begin to reduce the impact and frequency of flood risk at College Street.”

Traffic management will be minimised to both College Street and Merton bank Road and will be in operation for only a small duration, while the silt is removed from under the highway sections.

However it is necessary for public safety and the contractors operation to close the canal towpath from College Street to Park Road to both pedestrians and cyclists during the works.

Parents of young children in St Helens are being urged to make the most...

Council quids in after Multihog investment

Outstanding start to the year for Abbeyford