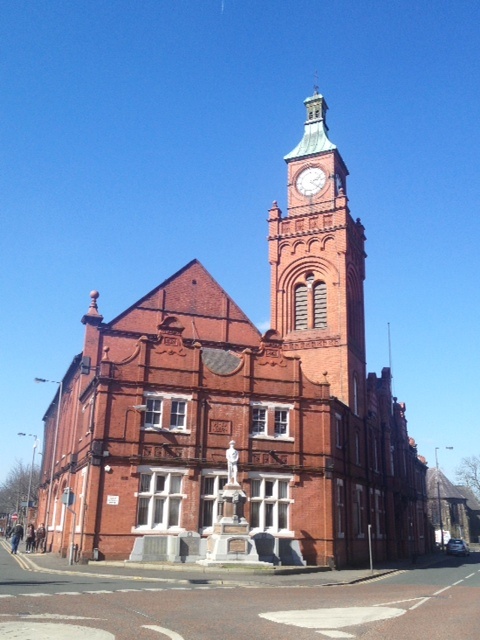 A series of public engagement events will begin on Friday 7 February for residents to help shape the future use of Earlestown Town Hall, as the process for the regeneration of the historic Grade II listed building begins.

The announcement comes as planning applications for the demolition of annex buildings adjoining Earlestown Town Hall have been submitted by St Helens Council.

Social enterprise PLACED will deliver the engagement events on behalf of St Helens Council on the following dates:

Friday 7 February – Drop In Event
Drop in and have a chat with the PLACED team and share your views between 11am-2pm in The Nine Arches Wetherspoons, Lord Street, Earlestown.

Tuesday 11 February – Design Workshops
Booking required by emailing info@placed.org.uk or online at www.earlestown-town-hall-workshop.eventbrite.co.uk. A two hour session at either 1pm-3pm or 6pm-8pm in Newton-Le-Willows Boys and Girls Club, Haydock Street. You will need to stay for the two-hours duration if joining these events.

Saturday 7 March – Pop-up event
A further drop-in event for sharing views, whilst feeding back community ideas to date. Time and location to be confirmed.

For convenience residents can also share their views on the building’s future use online, by emailing earlestownTH@sthelens.gov.uk.

“We’re glad to announce the start of this ambitious project that will bring a cherished local landmark back into public use, as part of our commitment to protecting our heritage buildings across the borough.

“Getting Earlestown Town Hall open again will require extensive internal and external works and we’re keen to explore all possible uses and sources of support and funding. We need creative and innovative solutions, and the backing of the community, to ensure the town hall is a thriving venue for future generations.

“Our public engagement begins on Friday 7 February with the first in a series of community events and I’d encourage residents across Newton-le-Willows and St Helens to get involved directly and help to shape the future of Earlestown Town Hall.”

Construction of Earlestown Town Hall began in 1892 to the designs of a local architect, Thomas Beesley of Earlestown, following a competition.

Earlestown Town Hall was originally used as a public hall rather than a town hall because at the time of its construction the seat of local government in the area was at nearby Newton Town Hall.

Soon after, it became known as Earlestown Town Hall as the offices at Newton-in-Makerfield (later Newton-le-Willows) were outgrown.

During the 1960’s the town hall was extended, with two adjoining single storey annex buildings constructed in 60’s style to the rear, not in keeping with the town hall’s architectural form.

The submitted planning applications for demolition relate only to these 1960’s outbuildings, which are in a poor condition and detract from the original building’s historic facade.

A separate application has also been submitted seeking listed building consent to carry out the work.

St Helens Cares in the running for award