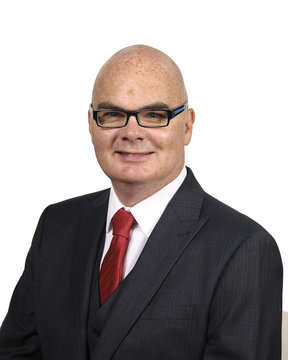 Over the past few years, St Helens Town Centre has seen more and more independent shops, bars and restaurants open up for business which shows that the trust is there from investors who are showing faith in the council’s ‘Transforming our Town’ vision – and buying into what the town could be.

Having been based in St Helens since 1992 when its menswear shop first opened, owner Chis O’Dea has built up an excellent retail portfolio in the town centre, adding a womenswear, jewellery store – and most recently a children’s wear store – to his business empire.

Speaking last year ahead of the opening of OD’s Juniors – which is among the biggest stores of its kind in the UK – Chris, who is a member of the St Helens Ambassadors scheme to attract more investment in the borough, revealed how a meeting with the council underlined his faith in the work he’s doing, and stated that there is massive potential in the town.

Just a stone’s throw away from OD’s, Momo’s independent coffee shop has brewed up a positive storm with customers since opening in December last year.

Receiving nothing but excellent reviews so far on review site, TripAdvisor, Momo’s is the brainchild of town centre resident Claire Rigby who opened up Momo’s as a way of bringing the community together – with poetry and drama workshops; board games; dementia and autism-friendly evenings – together with a delicious range of homemade sandwiches and cakes – making it a popular addition to the town centre offer.

Meanwhile, earlier this summer, the opening of Sabroso Tex-Mex in George Street quite literally spiced up the town centre’s restaurant scene.

Expanding on their successful takeaway in Thatto Heath, husband and wife Paul and Sharon Bridge from Sutton have come in for high praise for transforming a large empty unit into an eye-catching eatery which serves a mouth-watering range of breakfast, lunch and dinner options.

St Helens’ first vegan restaurant is also going from strength to strength since opening in November last year, drawing in visitors from far and wide.

Phoenix Plant Based Eatery in Corporation Street – which aims to change people’s perceptions of vegan food through offering a wide-range of tasty meals – has attracted visitors from Italy, Germany, Slovakia, Belgium, Lithuania, the USA and Australia, to name a few.

Turning to the town centre’s nightlife, the opening of several classy drinking establishments over the past year has provided a boost to St Helens Town Centre’s night time economy, with the £500,000 Punch Tarmey’s investment by The Mikhail Hotel and Leisure Group, as well as the opening of The Church and The Secret Garden in Ormskirk Street by local entrepreneur Ian Pitts, all hitting the ground running as the council looks to improve the town centre’s food, drink and leisure options.

Councillor Bowden, who is also the council’s portfolio holder for economic development and town centres, said: “These independent business owners should be applauded for their decision to invest in the borough and for showing tremendous spirit and confidence in St Helens Town Centre.

“A greater variety of independent retailers and leisure opportunities is a key priority in our ambitious plans for St Helens Town Centre’s regeneration –and these businesses have set the bar at the level of quality we’re aiming for.

“We’re under no illusions, and know full well that major changes are needed in order for St Helens Town Centre to rub shoulders with some of the best town centres in the country.
“Our vision is that of a thriving town centre and it’s an absolute priority to turn that vision into action.” 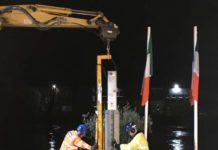