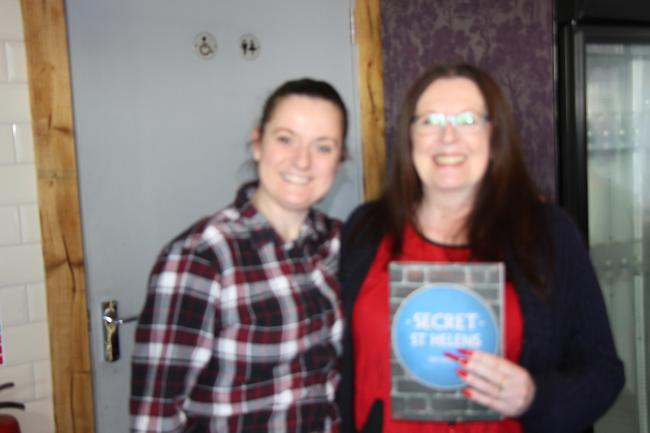 Secret St Helens, by Sue Gerrard, has been published with a official launch taking place at Momo’s cafe on Saturday.

Sue had already written St Helens Now and Then to mark the 150th anniversary of St Helens.

After being approached by publishers Amberley, Sue has produced another book about her hometown, revealing many little-known facts about St Helens’ rich and fascinating history.

“I have lived here most of my life and I found out a lot of things that I didn’t know about St Helens.

“I found this one more challenging but in a sense more rewarding because I had to uncover new facts about St Helens.”ADVERTISING

The cover of Secret St Helens

Sue says interesting tales include about the Fred Deeming murders, in Rainhill. Deeming is believed by some to be Jack The Ripper.

There are fascinating stories from St Helens’ industrial past and of the man who took the first photograph of the moon, who was born in the town before moving to the United States.

As well as people, places and events, Secret St Helens will also explore historical buildings, such as the fifteenth-century Windleshaw Chantry, and the town’s role in the modern world, including its influence on the opening ceremony of the 2012 London Olympics.

“I think that’s the lesson for me, that the town is so rich in heritage, there’s always things to be uncovered,” added Sue.

“I would like to say thank you to the Local History Library and everyone that’s supported me. It’s been an honour to do this book.”

The book is available to buy at Momo’s cafe in the town centre.

A guide to life in space presented in library performances