Her Majesty The Queen and Her Royal Highness The Duchess of Sussex carried out their first ever engagement together, as they visited Halton this week (14 June 2018) to officially open the new Mersey Gateway Bridge.

The visit began with the arrival of the Royal Train at Runcorn Station where Her Majesty and Her Royal Highness were greeted by local school children and members of the public who had lined the nearby streets to welcome the special guests.

The pair then travelled through Halton, across the Mersey Gateway to the grounds of the Catalyst Science and Discovery Museum, where the official opening event took place in full view of the iconic bridge.

Her Majesty and Her Royal Highness appeared delighted by a performance entitled “Bringing Communities together: Bridges of Halton” which was performed by 80 local school children, directed by the locally based, Andrew Curphey Theatre Company. The moving piece told the story of the many crossings that have existed over the Mersey connecting Widnes and Runcorn through the ages.

A short speech was delivered by Leader of Halton Borough Council, Cllr Rob Polhill who then invited Her Majesty to unveil a plaque to officially open the Mersey Gateway Bridge. Talking about the day, he said, “It was such a proud moment to see Her Majesty officially open the Mersey Gateway Bridge and a real celebration of what can be achieved with hard work and determination. To be able to share the day so many of our young people for whom the Bridge will bring new opportunities and greater prosperity over the years and decades to come, made it extra special.

I’d like to thank every single person who got us to this point, on what has been a long and sometimes challenging journey. What a great day for Halton.

This plaque will be replicated and incorporated in two community benches, which will be erected at Spike Island in Widnes and Wigg Island in Runcorn.

The event welcomed over 300 guests, many of whom helped to make the bridge a reality including local politicians, partners from across the region, community volunteers, staff from the construction consortium and operating teams.

A selection of guests from across the development and construction of the new bridge were on hand to greet Her Majesty and Her Royal Highness along with staff, volunteers and beneficiaries of the extensive community engagement and environmental aspects of the Project.

Keith Bold, one volunteer part of a group of community representatives presented to Her Majesty and Her Royal Highness said:

“It was a great honour to have been presented to the Queen and the Duchess of Sussex at the official opening of the Mersey Gateway Bridge and to have been chosen to represent the Merseylink volunteers at such prestigious event. Our representation was a fitting tribute to all the hard work and dedication given by the volunteers during the construction of the bridge.

The Queen was interested to hear that, not only do we staff the visitor centre but we also give up our time to give presentations, about the construction of the Mersey Gateway Bridge, in primary schools and also to community groups. In all a very memorable and enjoyable day.”

The event was also attended by around 600 local primary school children who were delighted to welcome our guests.

One local schoolchild, Savannah Cafferty, whose birthday fell on the day the Mersey Gateway opened to traffic – had an extra special role on the day, presenting a posy to one of the royal party, she said: “When I found out I was going to have a special job on the day I asked ‘Why me?’  I am really happy and excited as the Queen is like a Mother to Britain and she has helped us through trouble.  My nan was at the opening of the Silver Jubilee Bridge.”

Savannah’s proud Head Teacher at Farnworth CE Primary School said: “The opening of the Mersey Gateway Bridge is a special moment in Halton’s history and I am thrilled that children from my school were part of this historic event.  The Bridge has made travelling from Widnes to Runcorn and beyond so much easier and it is a spectacular sight in itself.  It makes me proud to be a Halton resident knowing that Her Majesty the Queen and Her Royal Highness The Duchess of Sussex, are marking the opening of this bridge.” 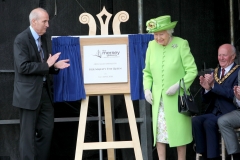 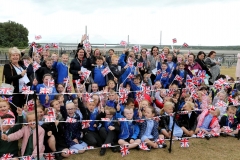 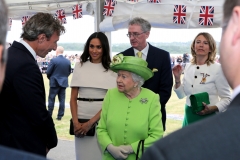 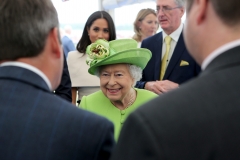 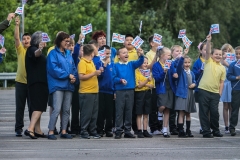 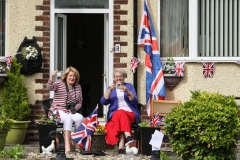 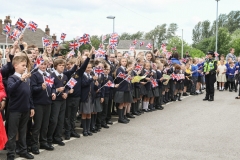 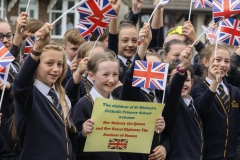 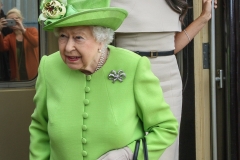 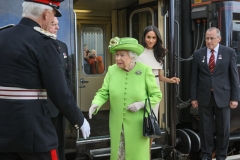 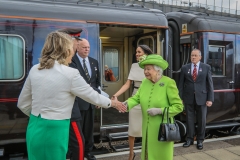 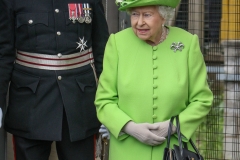 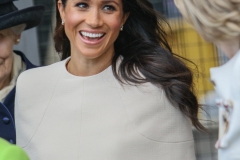 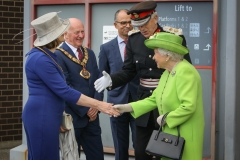 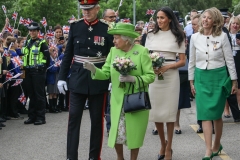 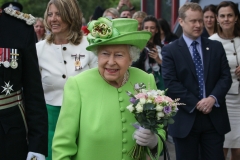 Physical activity levels in St Helens at a record high

ADVICE IF YOU HAVE BEEN TO WUHAN, CHINA, IN THE LAST 14 DAYS …