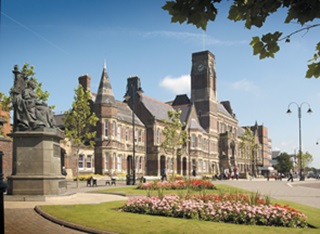 Rob Huntington has been appointed to the role of Assistant Chief Executive by St Helens Council.

Rob is currently the Group Director of Business Change and Transformation at Your Housing Group, a role that he has held since October 2018.

“Rob has a vast amount of experience in leading change and policy, and we’re eager to continue the transformation of our organisation with his support. Rob – along with our new Chief Executive Kath O’Dwyer, appointed in December – is joining us at an important time, and I know they will play a key role in helping us achieve our ambitions and work towards delivering real change for the borough.”

Rob will start his new role in early spring, when Ms O’Dwyer will take over from temporary Chief Executive Harry Catherall.

The announcement also follows the appointment of Lisa Harris to the role of Executive Director of Place Services in January, who will soon join the council from Cheshire West and Chester Council, where she held the role as Director of Place.

Physical activity levels in St Helens at a record high