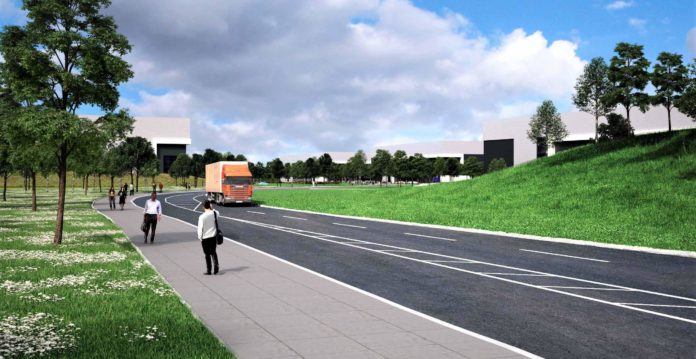 The new 3.3km road will connect the A49 in Newton-le-Willows directly with the M6 at Junction 22, and will act as a by-pass to divert traffic away from Newton-le-Willows, Winwick and Hermitage Green, as well as unlocking significant commercial development and wider economic benefits.

The new road will also include provision for cycleways and footpaths.

The total scheme will cost in the region of £40 million, with the Liverpool City Region Combined Authority providing £23.8 million.

Construction of the road is expected to create the equivalent of 24 full time jobs, with a further 3000 jobs created by the wider development enabled by the new road.

“The Combined Authority’s key priority is to drive economic prosperity for the whole city region and ensuring that we have the right transport infrastructure in place is absolutely vital.

“This new link road is a key element of the future economic development of St Helens, and the rest of the city region, which is why the Combined Authority was so keen to support it.”

“As a Member of the Combined Authority I have been keen to see this project get to this stage. For the City Region as a whole the potential of Parkside is important especially as it is one of the City Region projects referenced in the Northern Powerhouse Economic Review.  This contributes to our wider vision that could ultimately generate thousands of jobs and help transform the economy of our area.”

Image shows an artist’s impression of the Parkside Link Road.

Santa Dash is coming to town!

Bridge Street closed at its junction with Water Street/Chalon Way