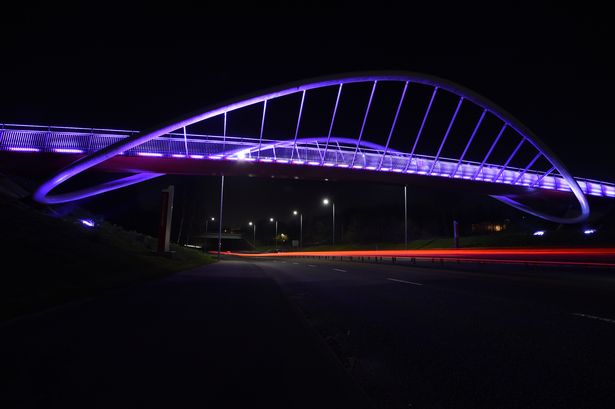 St Helens Council has arranged for the Steve Prescott Bridge to be lit yellow and black this evening as a symbol of solidarity with the people of Manchester, one-year on since the Manchester Arena attack.

On 22 May, 2017, twenty-two people were killed by a suicide bomber at an Ariana Grande concert.

The colours yellow and black represent the worker bee, one of Manchester’s proudest symbols.

Paying his respects, St Helens Council Leader Derek Long said: “This was a barbaric attack on innocent people. The heroism shown by civilians and first responders was an inspiration to us all. The fact that many of us knew of people affected and that St Helens residents were at the concert just reminds us that ours is a small interconnected world. We must find better ways of living together.

“It is important that we stand with our brothers and sisters in Manchester on the one-year anniversary of the attack – and our thoughts and prayers remain with the families and friends of those injured or who lost their lives.”

Fancy auditioning for our panto?

Are you interested in tracing your family tree, or wanting to discover more about...