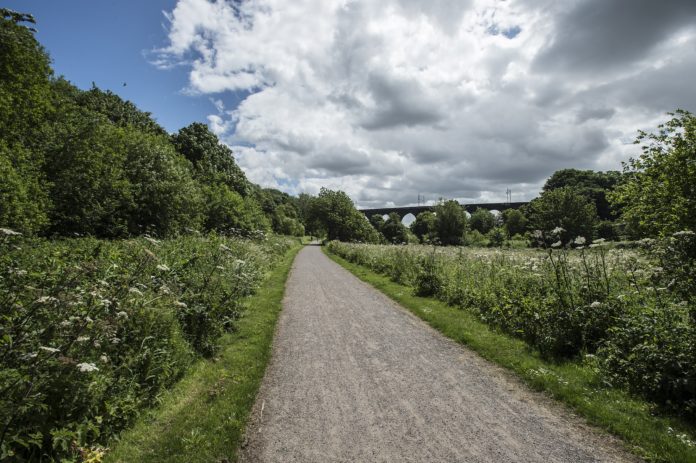 Residents can help Rangers to halt the spread of Himalayan balsam, an invasive plant species that is damaging native flora in Stanley Bank Meadow.

The practice of pulling the weeds, often referred to as “balsam bashing”, is being adopted by St Helens Council’s Ranger Service to prevent further harm to the meadow – designated a Site of Special Scientific Interest (SSSI) for being a regionally rare area of lowland, damp, neutral grassland.

Himalayan balsam is sometimes cultivated for its flowers but is now widely established in other parts of the world (such as the British Isles and the United States) as an invasive plant species ‘in the wild’.

In the UK the plant was first introduced in 1839 in ornamental gardens at the same time as two other notoriously invasive and problematic species; Giant Hogweed and Japanese Knotweed.

These plants were all promoted at the time as having the virtues of “herculean proportions” and “splendid invasiveness” which meant that people could create large garden greenery for the cost of a packet of seeds.The plant’s aggressive seed dispersal, coupled with high nectar production which attracts pollinators enables Himalayan Balsam to surpass native plants.

Within ten years however, the species had escaped from the confines of cultivation and began to spread along the river systems of England, where it leaves banks bare and subject to erosion when it dies down.

Councillor Lynn Clarke, Cabinet Member for Better Neighbourhoods, said: “Today Himalayan balsam has spread across most of the UK and many wildlife trusts and conservation authorities often organise “balsam bashing” events to help control the plant. It’s a tough job, but one that’s necessary to give native plant species a chance to bounce back where Himalayan balsam has taken root. If you can spare some time, and give a helping hand to our Rangers, you’ll be doing something really great for the environment.”

The Ranger Service will also host a series of litter picks in Sankey Valley Country Park this summer, with residents invited to take part.

Cllr Clarke added: “As residents we all value our green and open spaces, and Sankey Valley Country Park is among the most cherished in the borough.

“The historic Sankey Canal area has benefitted greatly from investment and rejuvenation work by the council, partner agencies and community groups in recent years. The work has seen entire sections of the canal excavated and now carrying water, wildflower meadows planted in the shadow of the iconic Nine Arches bridge, and wetlands created to encourage more diverse and sustainable ecosystems. Help us maintain this beautiful space with our Rangers this summer.”

Gloves will be provided at all events but please wear suitable, stout footwear. Litter pickers and bags will be supplied at the litter pick events.

All event attendees should also bring a packed lunch and drink.

Photos show a view of the Nine Arches bridge in Sankey Valley Country Park, the Himalayan balsam plant, and a view of Stanley Bank Meadow.