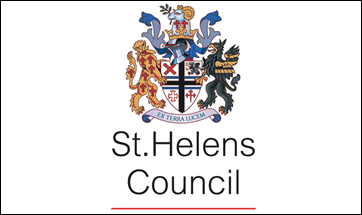 On Friday 9 November 2018, a 42-year-old man and from Chorley, Lancashire, appeared before Liverpool Crown Court and was found guilty of a number of consumer protection offences.

The man was given 4 months imprisonment, suspended for 2 years, 20 days rehabilitation activity and 120 hours of unpaid work. He was also ordered to pay £950 compensation to the victim and prosecution costs of £836.

The victim was a 72-year-old woman who suffers from a degenerative brain condition and who lives alone in Newton-le-Willows.

The man cold-called the victim in autumn last year, initially offering to clean her driveway. He then repeatedly harassed the vulnerable home owner into having other work done at her house.

All work was of poor quality and often unnecessary. The man was caught in September 2017 when vigilant staff at the NatWest branch in St Helens became suspicious as the victim was about to withdraw £4,000 to pay to have her house roof painted.

Merseyside Police were alerted and contacted St Helens Trading Standards. Together the police and trading standards officials confronted the man and his associate at the victim’s house in Newton-le-Willows. On questioning it soon became clear he had been ripping off the homeowner for a number of weeks, charging her excessive amounts for substandard work. The woman was compensated in full for the money she’d paid out.

Councillor Lynn Clarke, St Helens Council’s Cabinet Member for Better Neighbourhoods said: “This is an excellent example of partners working together, the police, banks and Trading Standards, to tackle this despicable crime. Never agree to have work undertaken by people who just knock on your door. Always get at least three quotations and consider recommendations from family and friends.

Find the Trader Register at www.sthelens.gov.uk/traderregister or telephone 01744 676299.

St Helens Trading Standards are currently undertaking investigations into a number of other traders who are also breaking trading standards laws intended to protect consumers who are undertaking home improvement works.

If you think you have been misled or have paid over the odds in relation to work you have had done on your home, at the first instance contact Citizens Advice Consumer Help Line by telephoning 03454 040506 or visiting www.citizensadvice.org.uk.

Thousands turn out for Sparkle in the Square

Time to Offload for OK2ASK