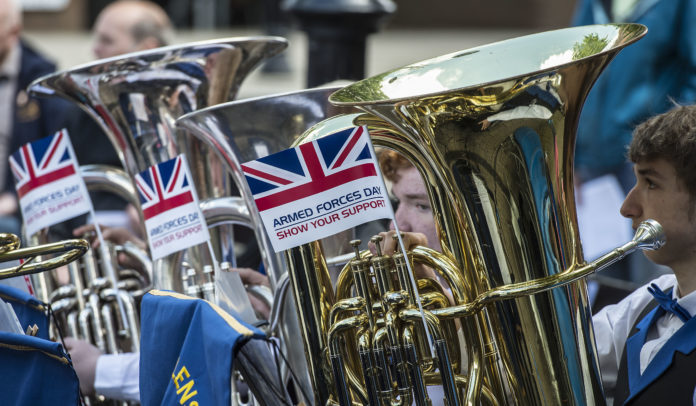 St Helens will pay tribute to the local Armed Forces community next weekend at a special event in Victoria Park.

As part of the borough’s 150th anniversary celebrations, members of the public, community groups and families are invited to come along to the borough’s green-flag award winning park in Windle for St Helens Armed Forces Day which involves a packed programme of events and entertainment in honour of our heroes.

The free event will start at 11:00am with an Armed Forces parade, followed by displays from St Helens, Merseyside, Manchester and Lancashire Regiments.

Meanwhile, a ‘Great Get Together’ event hosted by the Friends of Victoria Park in association with St Helens Rotary, W & B Cakes and the Bouquet Residence will also take place in the park that day, with flower arranging demonstrations (12pm -1pm), and a Victoria Sponge Cake competition among the attractions.

Ashtons Green Allotments – in conjunction with St Helens Autism and Aspergers Society – will also be promoting Grow, Sow Eat, giving members of the public the opportunity to purchase cakes, plants and garden decorations.

“I’d like to thank the Ministry of Defence for their very generous contribution via the MOD Armed Forces Day Fund which has allowed us to stage such an occasion, which I’m sure will receive a great turn out in return.

“The day promises to have something for everyone to enjoy, so it would be great if the whole community could come out in force to support this event in recognition of the borough’s brave men and women.”

“Throughout history, our borough has been – and still is – home to some truly remarkable figures who have served their country impeccably; from the St Helens Pals and the borough’s Victoria Cross recipients during World War One, to the inspirational Afghanistan veteran, Andy Reid.

“This day is about showing our appreciation to people like them who have given their all for our freedom and safety – and also fantastic local organisations such as SAMs St Helens Armed Forces Hub which provides support for veterans and their families.”

Colonel Phil Harrison, the commander of the Army’s Headquarters North West, said: “We’re delighted to support the St Helens Armed Forces Day. St Helens has always been very supportive of our work, and that of the other services, and this event reflects that history. Jubilee Barracks on Prescot Road is home to 103 Regiment Royal Artillery and the citizens of St Helens also serve the UK in many roles across the services. We very much look forward to being part of St Helens Armed Forces Day 2018.”

St Helens Armed Forces Day will take place from 11am to 4pm on Saturday 23 June.

Interested bakers looking to take part in the Victoria Sponge Cake competition are asked to enter beforehand by emailing fovpinfo@yahoo.com 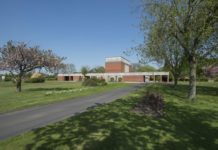 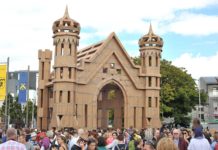 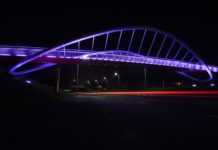 Boost for tennis within the borough